A new internal memo shows IRCC continues to weigh its options and is going to submit a new Express Entry plan to the Deputy Minister this month.

A new internal memo by Immigration, Refugees and Citizenship Canada (IRCC) states the department remains undecided on its Express Entry plans for this year but invitations to FSWP and CEC candidates will resume “later in 2022.”

Key components of the memo include:

It is important to note the IRCC website continues to tell applicants the processing standard for Express Entry is 6 months.

How we got here

Up until this year, Express Entry was the main way Canada welcomed economic class immigrants. Prior to the pandemic, IRCC typically held biweekly Express Entry draws inviting the highest-scoring candidates, irrespective of their eligibility program, to apply for permanent residence. Most invitations went to FSWP and CEC candidates, while only about one per cent went to FSTP candidates. IRCC aimed to process the permanent residence applications within 6 months.

At the start of the pandemic in March 2020, IRCC initially held draws where it only invited CEC and PNP candidates. The rationale was that in light of COVID-19 disruptions including Canada’s travel restrictions, IRCC felt it made sense to invite CEC candidates since they were mostly likely to be able to transition to permanent residence given they mostly lived in Canada. PNP draws occurred to help support the labour market needs of provinces and territories across the country. Later in the year, IRCC also invited FSWP candidates in its Express Entry draws.

However IRCC then stopped inviting FSWP candidates in January 2021, and issued large numbers of invitations to CEC candidates. We learned later the rationale for this change was because IRCC wanted to transition as many in-Canada immigration applicants as possible to permanent residence to achieve its ambitious 401,000 immigration goal for 2021. CEC candidates comprised one-third of the 405,000 immigrants Canada landed last year.

IRCC also implemented a Temporary to Permanent Residence (“TR2PR”) program between May and November of last year to allow more international graduates and essential workers living in Canada to apply for permanent residence. This was meant as another way to support its levels goal for 2021.

The focus on CEC candidates and the launch of the TR2PR program caused IRCC’s backlogs to swell, and has seen the department fall behind its service standard of processing Express Entry applications within 6 months. This resulted in IRCC also pausing invitations to CEC candidates in September 2021.

As noted in the memo, the pause in FSWP and CEC candidates is creating uncertainty for many prospective immigrants. The FSWP was Canada’s main source of skilled worker immigrants between its launch in 1967 and the start of the pandemic. Meanwhile, CEC candidates risk losing their status and being forced to leave Canada. IRCC has not provided indication if they will introduce a special measure to allow CEC candidates to extend their temporary status until Express Entry returns to normal.

IRCC has processed 4,000 people in the FSWP backlog in the past 2 weeks, something that took 7 months in 2021

Recent IRCC data obtained by CIC News indicates major progress is being made in tackling Express Entry backlogs. Based on its recent rate of application processing, IRCC could see the Express Entry backlog fall to half by this May. This does not guarantee Express Entry invites to FSWP and CEC candidates will resume by then, but it would represent a milestone IRCC continues to note as one they want to achieve to be able to more strongly consider resuming FSWP and CEC invitations.

Its current processing rate suggests it could bring the existing FSWP backlog to an end by the close of 2021, if not sooner.

CEC backlog could reach 0 by this spring

Minister Sean Fraser: Express Entry draws to resume in the “near term”

While this latest IRCC memo remains coy on when Express Entry will return to normal, there are some positive signs out there for FSWP and CEC candidates. IRCC is planning to resume invites to them this year, it is processing FSWP applications more quickly, and Immigration Minister Sean Fraser has gone on the record to say the draws will resume in the “near term.” In the meantime, Express Entry invitations to PNP candidates continue biweekly. Yesterday, IRCC invited 924 PNP candidates to apply for immigration through Express Entry. 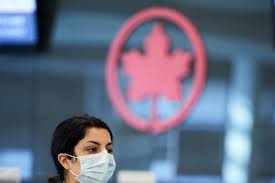